Keeping Your Pets Cool: 8 Dog Breeds that Are at High Risk of Overheating 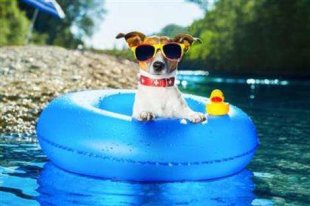 Though we all like to keep our pups in tow whenever we can find a dog-friendly outdoor space to romp and play, but as the weather heats up, it may be best to leave certain breeds at home. We asked Dr. Louise Murray, vice president of the ASPCA Animal Hospital, to share the top breeds that are at risk for overheating in warm weather in addition to some tips for keeping your pup cool and safe in the summer months.

Although many of the breeds on this list are brachycephalic-or have short noses and wide, flat heads-it’s important to take proper precautions for keeping any dog cool in warm weather and never (ever!) leaving them in a hot car for any period of time.

Playful, confident and friendly, Pugs are well loved for their charisma and charm. With a wrinkled face, short legs and compact body, the Pug’s unique expression and physique is well known among dog fanciers and pet parents alike. Because of its small size, Pugs can happily adapt to both city and country living.

Brachycephalic breeds-or dogs with short noses, compact skulls and compressed upper respiratory systems-like the Pug are inefficient panters, which means that they’re unable to cool themselves as effectively as other dog breeds. Because of this, brachycephalic breeds are more prone to overheating and require extra care in warm weather, particularly access to shade and plenty of water.

“Dogs can become dehydrated quickly, so give them plenty of water when it’s hot outdoors,” Murray said. “If they are panting heavily, bring them to a cooled-off area and give them water.”

She also recommends providing pets with a shady place to escape if they’re out in the sun or keeping them completely indoors when it’s very hot.

An ancient toy breed that originated in China over 1,000 years ago, the Pekinese is a happy, loveable lapdog. Loyal and devoted to it’s family, the Pekinese can also be wary of strangers. With a thick undercoat and long, dense overcoat, Pekinese require regular grooming, in addition to special care in warm weather.

If you anticipate spending a lot of time outdoors with you dog, it’s important to check with your veterinarian to make sure they’re healthy enough to participate in the plans you make, Murray said. “Every dog is different, so there’s no set of guidelines that can apply to every one,” she said.

While the Bulldog may require some prodding to go out for a walk, they might have some trouble breathing as they run or play because they are brachycephalic, Murray said, so take care not to over-exercise them.

“Dogs will not limit their own activity, so pay close attention to how your dog is acting as they play,” she said. 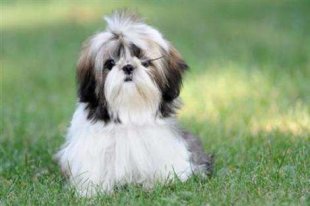 Another ancient dog breed that was kept as a companion and lap dog by Chinese royalty, Shih Tzus remain popular family pets and companions. A playful breed that loves learning new things, Shih Tzus are generally good with children and other dogs. With a dense undercoat and long, straight outer coat, the Shih Tzu requires regular grooming and may snort and sneeze (in addition to overheat in warm weather) frequently because of its short muzzle.

You’ll want to avoid spending too much time on the pavement with your dog in warm weather, as the ground can heat up quickly and can create blisters or burns on the pads of your dog’s paws, Murray said.

One of the first breeds established in the United States, the Boston Terrier is a lively, intelligent breed with a gentle and easy going disposition. A compact breed with large ears and a wide smile, Boston Terriers generally require a minimal amount of exercise and grooming and, aside from their propensity to overheat in warm weather, tend to be easy keepers.

This little lap-warmer was bread as a companion for French royalty beginning in the 19th century. With a small, compact body and large, rounded ears, French Bulldogs also have short muzzles and broad, flat faces. Sweet, affectionate and friendly, French Bulldogs get along well with everyone but tend to become attached to one person in particular. In addition to their high risk of over heating in warm weather, French Bulldogs also need to have the spaces between the wrinkles on their face and neck kept clean and dry to prevent skin infections. 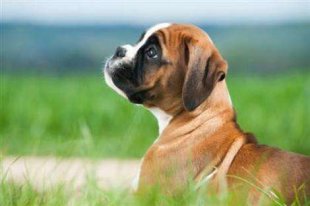 Used for fighting and bull baiting in the 18th century, Boxers have become popular family pets, police dogs and military dogs. Large and muscular with a square head, short nose and high-tucked abdomen, Boxers love to play and spend time with their people. Particularly affectionate with children, the Boxers can be protective of their families in the presence of other dogs and require lots of attention.

If dogs are allowed to be active during the hottest parts of the day, they are at risk for heatstroke, which can be fatal if not corrected quickly. If at all possible, Murray recommends limiting extended outdoor time to early afternoon or evening on hot days. If your dog must be out and about during the hottest hours of the day, provide them with plenty of water, access to shade and time to take breaks and catch their breath, she said.

Check out the new Rossbacher Scholarship at Miracle Mountain Ranch